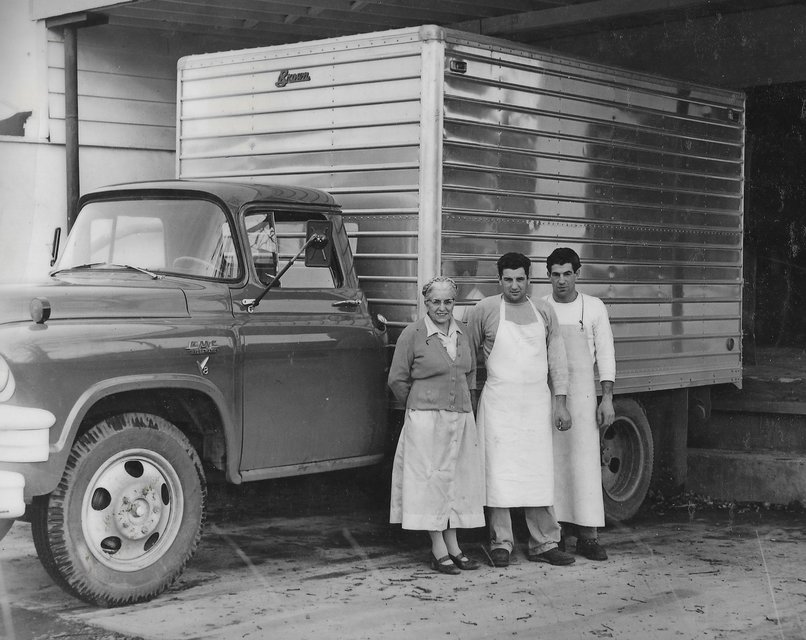 In 1910, Rose Biggi (the eldest of 7 daughters) and her family emigrated from Italy to the United States. Nineteen years later they drove from Beaverton to Portland to sell vegetables (including horseradish roots) at a local farmer’s market to make money during the Great Depression. One day, Rose bought a cup of coffee at the market and met Eve Grubmeyers – wife of Fred Grubmeyers. The two became close friends. In 1931, Fred and Eve opened Oregon’s first supermarket, Fred Meyer, and began grinding Rose’s horseradish for their deli department. Today, Fred Meyer has merged with Kroger and is one of the largest grocery store chains in America. Stores in many western states retain the brand name Fred Meyer.