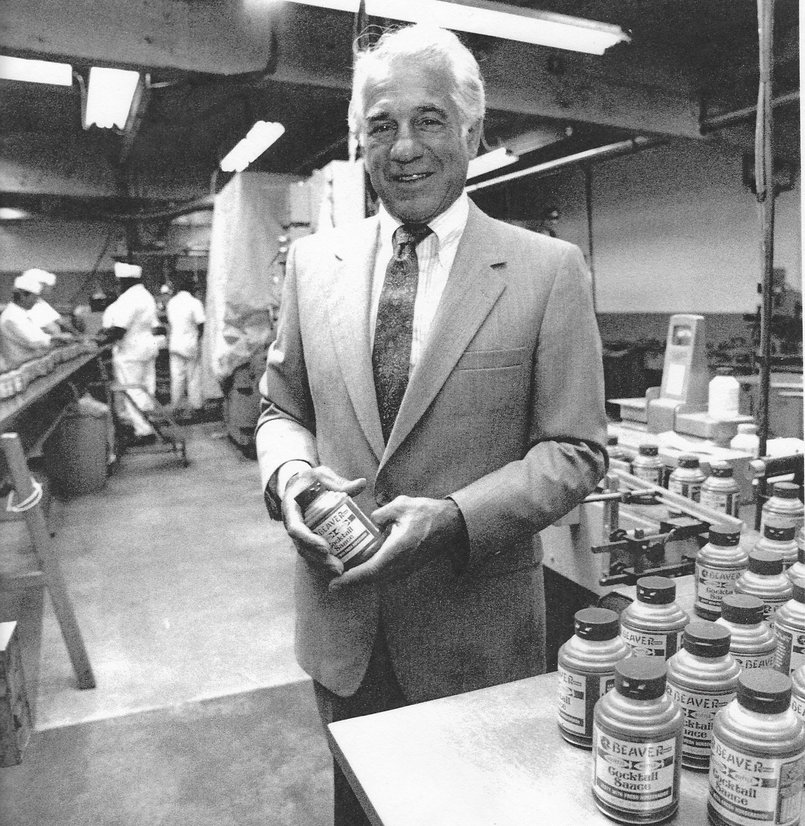 In 1986, Geno was approached by a deli owner after a Fancy Food Show who was interested in packaging mustard in squeeze bottles instead of glass jars. At the time, grocery stores only sold yellow and spicy brown mustards in squeeze. All specialty mustards were packaged in fancy glass jars, mugs, and crocks and imported from Europe. In fact, American companies said it couldn’t be done at all – the products would spoil and lose flavor. After being told he’d never be able to sell squeeze, Geno developed his own unique, squeeze bottles for Beaver Brand products. He packed up an old van and brought cases to local grocery stores. To his surprise, the critics were wrong and the products flew out of the stores! With this achievement, Beaverton Foods became the pioneer of the first-ever squeeze bottle for specialty mustard.